Everything is a dinosaur (Audio Theatre)

From physical theatre to audio theatre

In the fall 2021 we produced an Audio Theatre version of the family theatre play Everything is a dinosaur in Teater Jævn. Our director Lene Skytt had rewritten the script, which the actors Sofie Ancher Vea and Steffen Nielsen then record in a studio, which happened to be part of our rehearsal space at that moment.

Sofie Ancher Vea would then go through the recordings and make decisions on takes and make small cuts in the material. I would then start to transfer the sounddesign I had made for the physical version of the play, and slowly build up rest of the sounddesign. Most of the sounddesign and music is created with the same site-specific concept as the theatre play, it’s all made of found sounds. For a few parts of the story I would record additional sound effects using things from an everyday house hold, to bring elements alive the actors would normally use their movements to show.

The whole play was divided into seven small episodes and shared as a podcast on popular platforms.

You can hear the result in the player on this site. 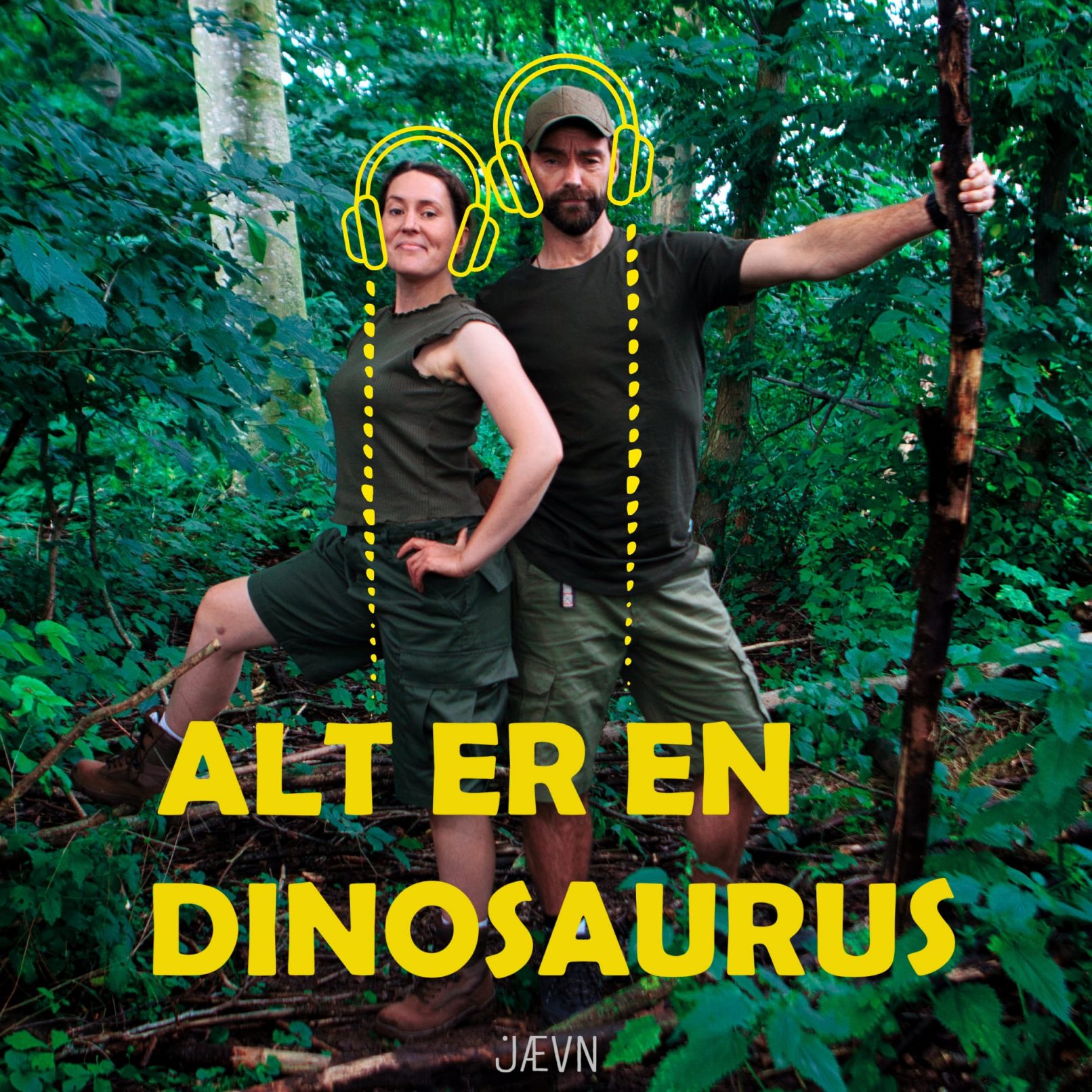